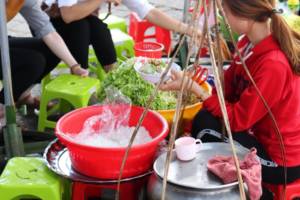 On leaving the airport, everything was an assault on the senses, from the chaos in traffic to the agility of the hawkers negotiating; the scooters, lorries and taxis with no concern about how to reach their base to tout their wears. 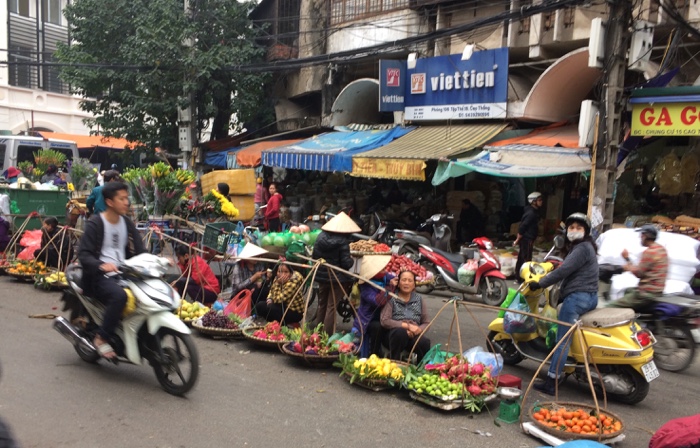 After 24 hours of travel from Bristol to Hanoi it was a quick freshen-up then time to immerse myself into the vibrant street food scene of the Old Quarter. I thought a guide prudent and chose one through Air BnB’s Experiences on offer for Hanoi. Amongst a vast selection of “Hanoi Authentic street food experiences”, based on the reviews, agenda and the photos, it was Justin who I chose to be our guide. His care, knowledge, enthusiasm and desire for us to have a unique experience made for an extraordinary evening. 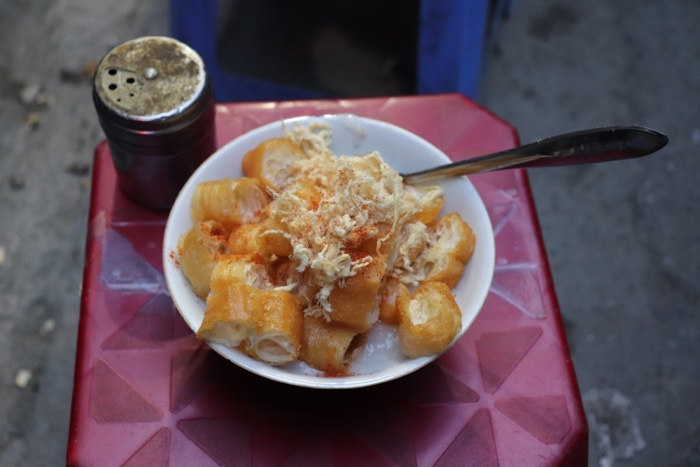 We were introduced to many of the most popular of what Hanoi street food has to offer, going from street to street, crouched on stools and squatting Vietnamese style. Our first stop was for a bowl of ‘pork porridge’ a glutinous rice steamed in pork stock for many hours that had the consistency of wallpaper glue, yet it was delicious with a sprinkling of dried pork and paired with fried rice bread. This was the first of 6 different dishes and it was a meal in itself. 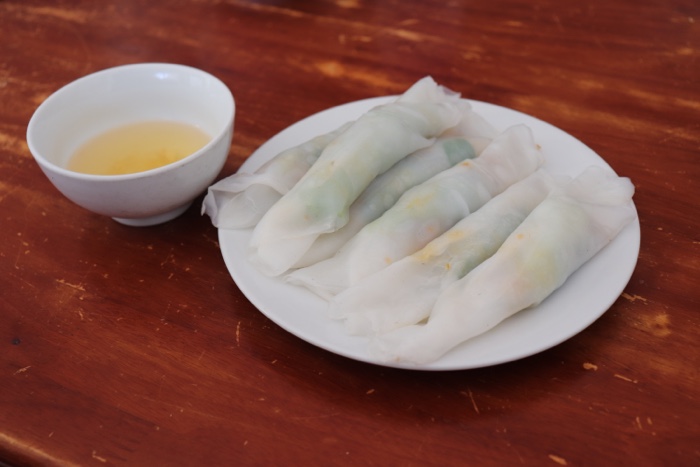 Most of what we ate were simple dishes. The cooking methods weren’t complicated, whether steamed, cooked over coals, added to a broth or simply assembly of raw ingredients. The noise, smells, and general atmosphere elevated simple, honest food to another level. 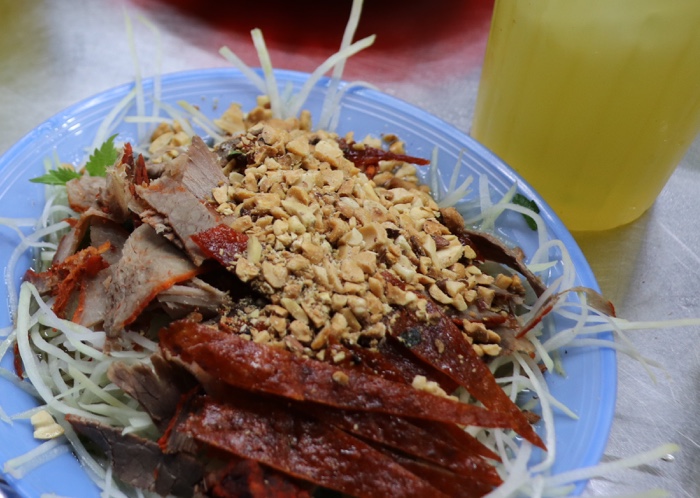 Meat and seafood appear regularly on the North Vietnamese menu, but as an element in the dish, rarely in the amounts that you’d expect at home. I didnt feel short changed and think its a smart way to eat. 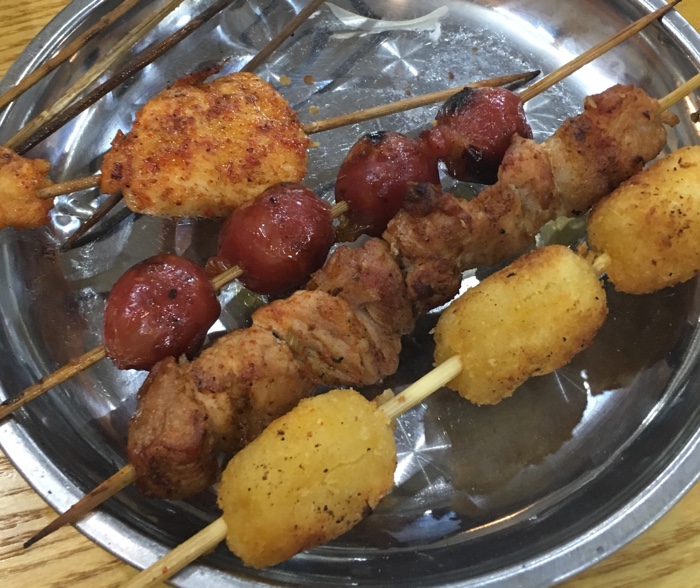 A plethora of tasty BBQ’d morsels

Like many small establishments, the vendors rely on word of mouth for their trade, and most focus on a single dish or a short menu. The regulars know what they get and as visitors we were pleasantly surprised. 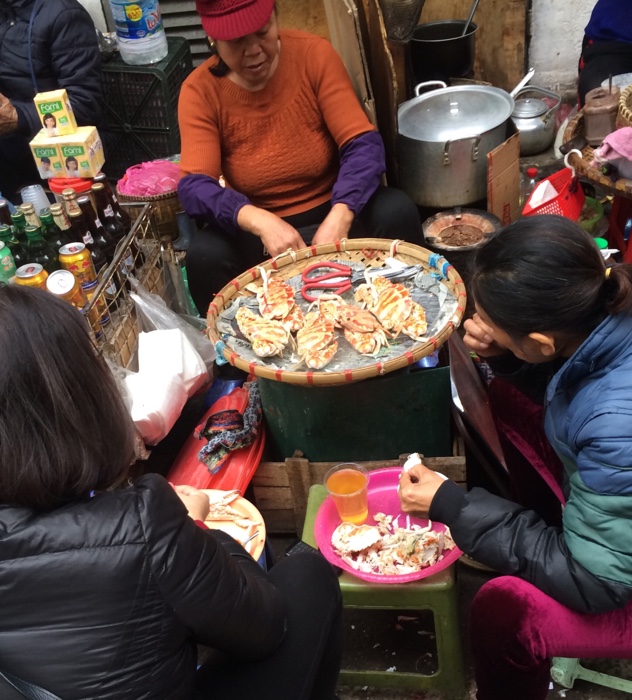 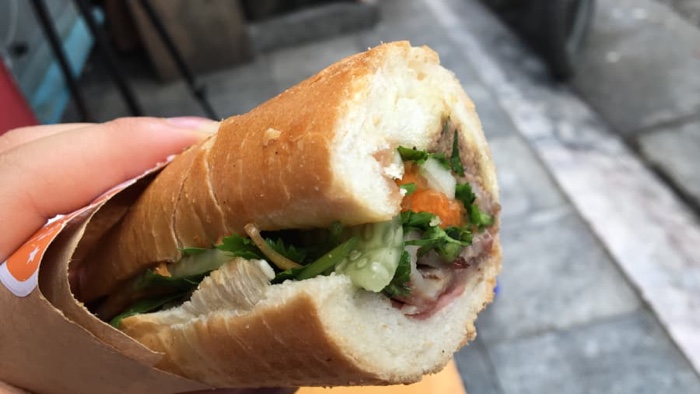 The evening’s food finished with banh mi, a legacy of the French and the baguette, a much lighter version made with rice and wheat flour. We were introduced to the sandwich, stuffed with chicken, vegetables and pickles. 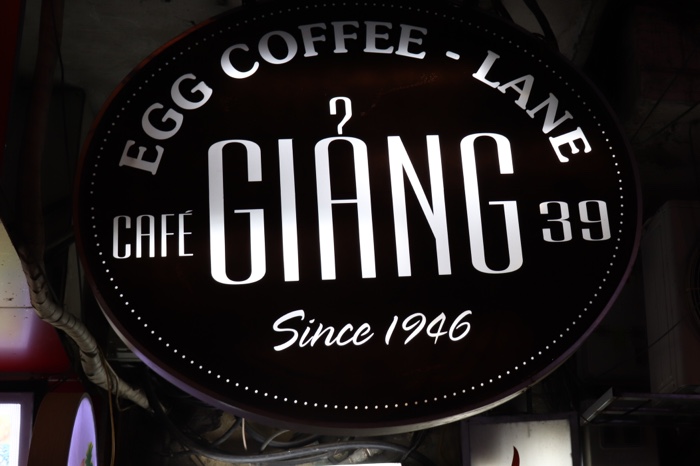 Finally it was off to for a cache Trưng da, a sumptuous coffee topped with a beaten egg. To be taken back for testing despite being assured that even Gordon Ramsey could not replicate.

A great introduction to Hanoi street food and culture. So much to experience, learn, and create and it’s just day one of a six week foodie tour of Vietnam.